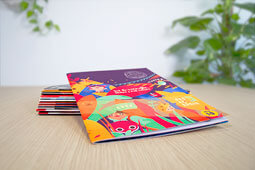 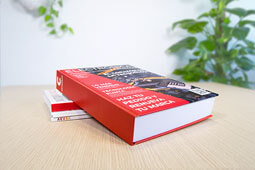 We are convinced that the future is cooperative.

We know that cooperative work helps to develop individuals more capable of coping with adversity, outperforming themselves, and eventually changing the world as we know it today. We work and strive to be cooperative, to understand and put into practice this way of life, aligned with ideals of progress, and social and human improvement.

Convinced as we are that the future is cooperative, self-occupational, self-governing and free, we actively collaborate with:

It is the business organisation devoted to the creation, reinforcement and promotion of the 3,000 work cooperatives that strengthen our economy and society day by day on the basis of economic principles. Co-operatives promote the involvement of their members, stable employment, innovation, territorial roots and local development. Work cooperatives exist in all spheres and sectors, from attendance to people, renewable energies, communication and industry, among others. Together, Catalan cooperatives generate some 4,600 million euros and we make up 3% of GDP.

CEVAGRAF, SCCL has been part of the Federation for years, and participates in all those activities that it considers interesting and appropriate for the development of the cooperative model as an economic and social model.

It is a service cooperative aimed at bringing together partners in the Graphic Arts sector. It was created more than 25 years ago in France, and has now spread to Spain, where it has been operating since 2014. Impriclub Iberia currently consists of about 40 members, printers from different industry areas: commercial, large format, labels, etc ... its main function is twofold: on the one hand, it promotes professional relationships between companies in the same sector and, on the other, it aims to unite and build loyalty in purchases from those suppliers approved by the cooperative year after year, uniting their minds and economic strengths to help each other in an increasingly competitive market. Cooperation and communication synergies are sought by the teams of each partner company.

We have been partners since 2014, from the beginning when we learned about the project we were very interested, and we became part of the cooperative being the member number 5 of the 40 that we are now, and growing.

Solidarity Economy is made up of all those organizations that carry out an economic activity of production, distribution, commercialization, consumption or savings under democratic, participative, environmentally friendly and socially responsible criteria. It is an economy at the service of human needs, governed by democratic principles of transparency and good governance, and a minimizer of negative externalities.

We joined at the end of June 2012, and we have collaborated in the organization of the first two Solidarity Economy Fairs, promoted and planned by the XES. 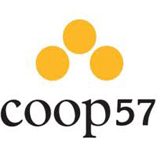 We have been participating as capital partners in the cooperative since November 2012.

WE ARE GREEN AND CLEAN ENERGY.

Som Energia is a non-profit green energy consumption cooperative. Its main activities are the commercialization and production of renewable energy. They are committed to driving a change from the current energy model to a 100% renewable model. They produce electrical energy in generation facilities using renewable sources (sun, wind, biogas, biomass, etc.) financed with voluntary economic contributions from the members.

We have been participating as capital partners in the cooperative since November 2012, to promote a renewable energy model, efficient and in the hands of citizens.

* NOW YOU CAN KEEP BROWSING OUR PRINT SHOP

Are you sure you want to delete this address?

Are you sure you want to delete this item from the cart?

Are you sure you want to delete your basket?

The save quotation feature allows you to save your current cart, and be able to retrieve it later from your customer area.

We ask you a margin, in case you want to print the quotation for your client with the margin you want to earn.

The quotation will be valid for 15 days

Save as quotation
My quotations
Choose whether you want to empty the cart now or keep it:
EMPTY CART
KEEP CURRENT CART
Alert
I Have an account
I'm a new customer
Restart your password?
How can we help you?

Get a fast and accurate response at the moment.

This website uses own and third party cookies to collect information in order to improve our services, to show you advertising related to your preferences, as well as to analyze your browsing habits. If you continue browsing, you accept the installation of them. The user has the possibility of configuring his navigator being able, if he wishes it, to prevent that they are installed in his hard disk, although he will have in mind that this action will be able to cause difficulties of navigation of the web page. Accept How to set up